Random Acts of Flowers Indianapolis celebrates 50,000 deliveries back where it all began

Random Acts of Flowers Indianapolis
celebrates 50,000 deliveries back where it all began 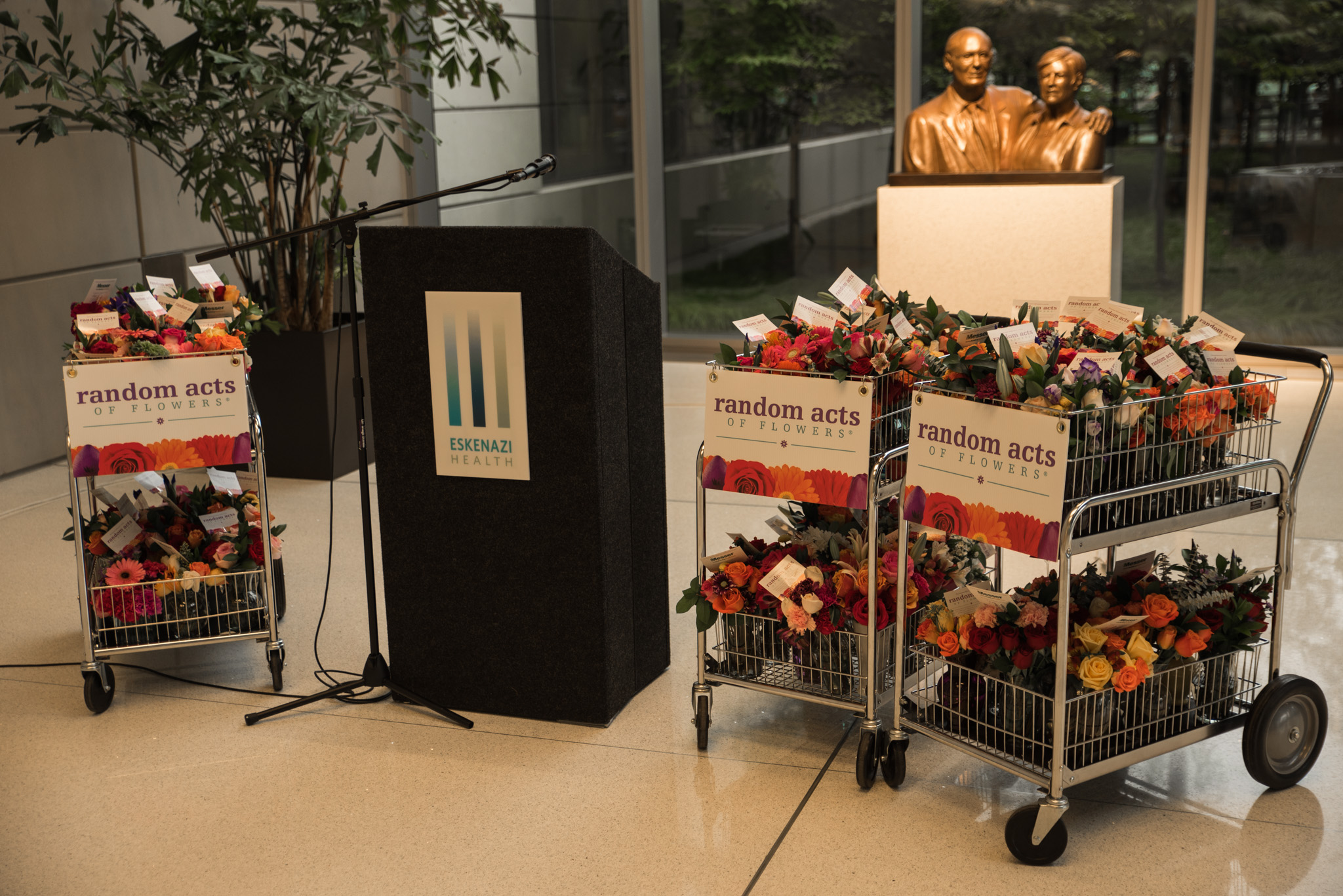 A little more than two years ago, the Random Acts of Flowers (RAF) Indianapolis workshop in Broad Ripple was abuzz with activity. The newest branch of the national floral nonprofit was preparing to make its first deliveries. And, in mid-October 2016, the mission of delivering hope got its start in Indy with 75 deliveries to the Sidney & Lois Eskenazi Hospital.

That day, RAF Indianapolis expected to reach 12,000 people during its first year in operation, but – through the hard work of staff and the dedication of volunteers (who have contributed more than 16,000 hours) – the branch has far exceeded its goals.

On November 29th, RAF Indianapolis will return to the Eskenazi Health campus to celebrate its 50,000th delivery of hope and encouragement in our community.

[They] are my favorite day of the month!  RAF brings joy to every person at Eskenazi Health.  Not only do our patients benefit from this wonderful organization, but our staff is also uplifted by seeing and smelling the beautiful floral arrangements.  The volunteers are genuinely excited to deliver flowers and speak to our patients.  We are so fortunate to have Random Acts of Flowers in Indianapolis!” 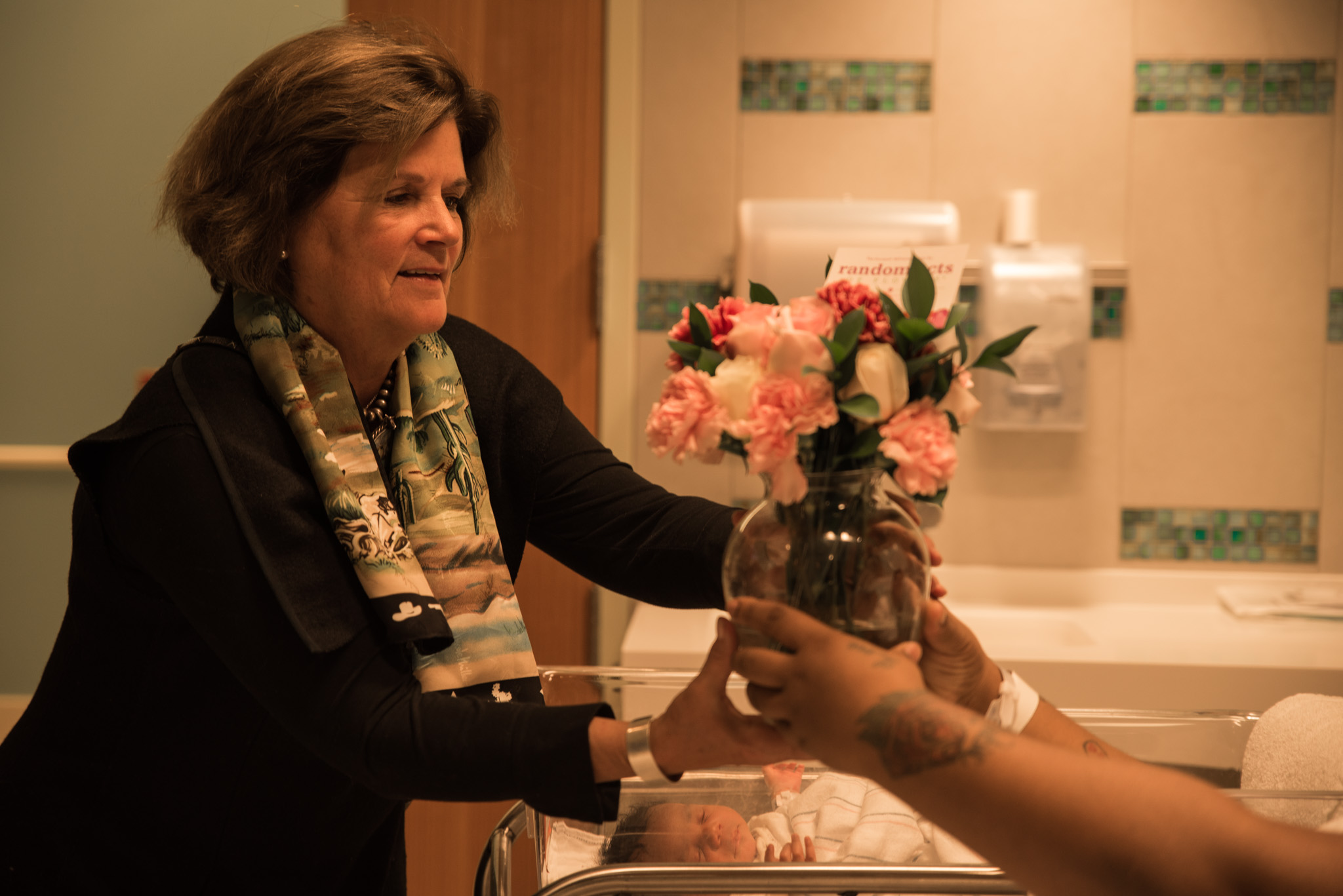 And, floral delivery recipients in Indy have also reached out many times in the last two years to RAF and know the difference the flowers made to them.

“What a beautiful floral arrangement you made that was delivered to my room following surgery. I cannot tell you how much the flowers brightened my days in the hospital. Do not doubt for a moment what your gift, talent, and time means to someone like me.” – Gary K.